Back to learning after overcoming Meniere’s disease

My success with my cochlear implants and my determination has led me to overcome Meniere’s disease and go back to learning other communication methods and graduate from college.

“For a star to be born, there is one thing that must happen: a gaseous nebula must collapse. So collapse. Crumble. This is not your destruction. This is your birth.” — Zoe Skylar

This quote is one that I recently found, but it describes how my adult life has gone, minus the being a star part. At the time my hearing loss became a serious intrusion in my life, my world, as I knew it was crumbling.

My journey with Meniere’s disease

At the age of 27 I was diagnosed with Meniere’s disease. This is a disease that causes violent vertigo and imbalance, along with hearing loss. I say along with, because the hearing loss is easier to handle than the vertigo is. In fact, I was willing to sacrifice my hearing to rid myself of the debilitating vertigo I was living with.

In 1995, I did exactly that, when the doctor recommended treating my left ear with a drug that would, hopefully, damage the balance function of my ear enough to stop, or lessen the vertigo, but with a known side effect of causing permanent hearing loss. While the treatment did exactly what he was hoping for the vertigo, it also left me completely deaf in my left ear.

A short ten years later, Meniere’s disease began its assault on my right ear, but with a different game plan. For the next eight years I lived with occasional vertigo and fluctuating hearing loss. It was like playing cards with a player that knew how to stack the deck. About the time I felt confident I had the disease under control, it would rear its ugly head and put me in bed for a day or two, only to disappear again.

Then, in 2013 the disease had enough of playing with me and launched a full-scale attack on my body and my mental health. From June of 2013 through May of 2014, I spent no less than 20 days in bed, plus my hearing in my right ear collapsed. People often ask me what my breaking point to ask for help with my hearing loss was. I honestly did not have one. I thought I was beyond help and a life of silence was my future. My doctor had other thoughts and recommended that I be evaluated for cochlear implants.

This happened during a time when I was still trying to hold my life together, and my business. The point where I became that figurative gaseous nebula was when I found myself lying on the floor, begging to die, due to the vertigo. I was broken.

My business faltered, and then I closed it.

The beginning of my rebirth

But, like the quote, this was not my failure, it was the beginning of my rebirth. A chance meeting with a friend to help him in his business, still unsure I could regarding both the disease and my hearing, despite great success with my cochlear implant, led me on a path I would have never taken otherwise.

The success I had in working for my friend the winter of 2014-2015 led me to consider going back to school to be an accountant. I enrolled in my local community college, with the goal of getting my Associates of Science degree in Accounting. 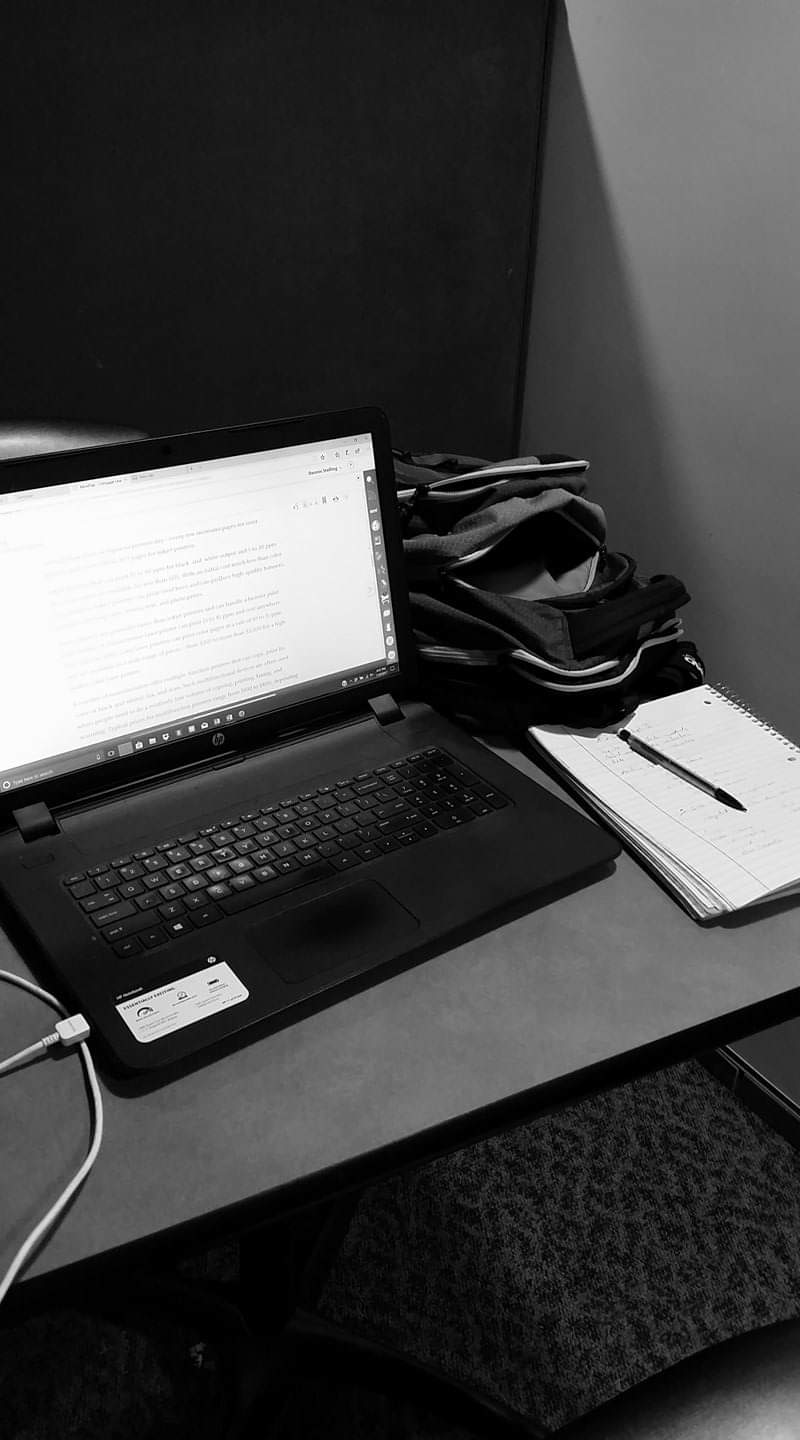 Advocating for myself in the classroom

Learning that I now always had to advocate for myself, I visited with the disability services office of the college, and with their encouragement, with every professor on my class schedule, prior to classes starting. I was very impressed with the empathy and support of the professors, and their willingness to wear my Cochlear™ Mini Mic in the classroom for lectures. One professor was planning to show a film as part of his lecture. His room was an acoustic challenge, and I asked him if I could bring my Cochlear TV Streamer in to use for the film. He suggested I bring it in for the IT team to look at and see if they could get it to work with the sound system in the room. It was amazing to have Dolby Stereo during that film.

As I neared the end of my Associates degree program, I received continual encouragement to continue on with a partnering college for my Bachelor’s degree in Accounting. I enrolled at Winona State University and began classes there in August of 2017, following the same advice on talking with professors in advance of the class. The boost in my confidence to hear in any room, with professors that had heavy accents, allowed me to not only take the class, but to be part of the class, and thrive. 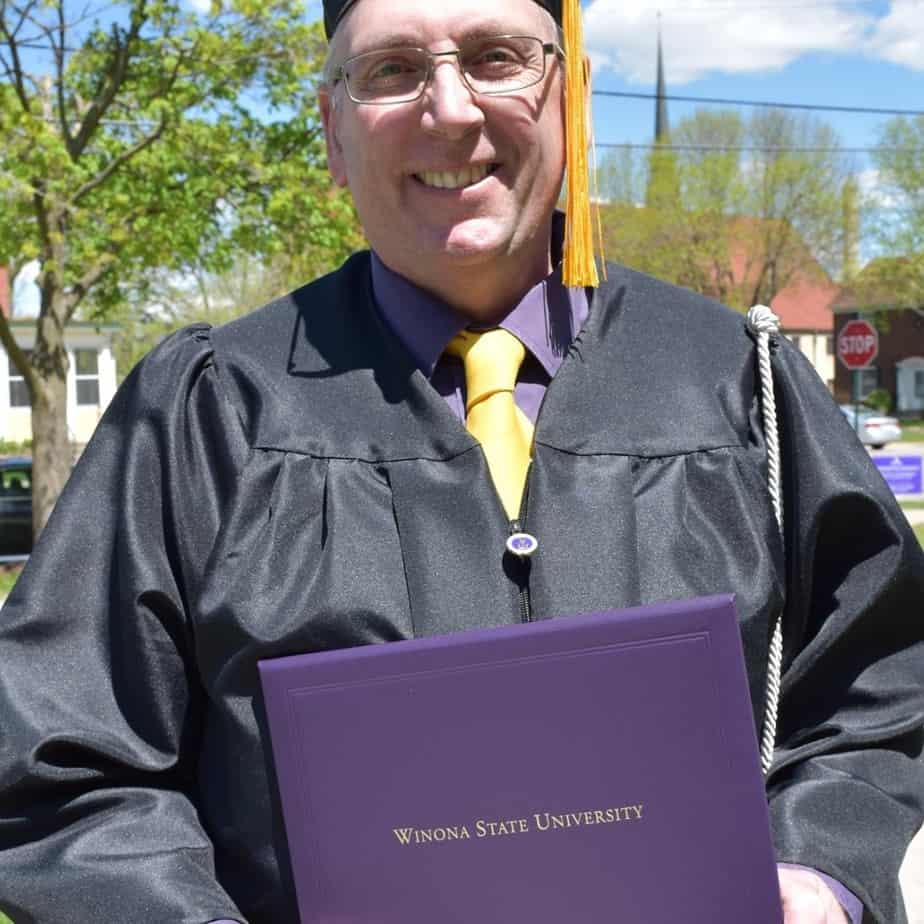 I have publicly stated this would not have possible without the technology of cochlear implants. Friends have said it was due to my determination. That’s not true. Were it not for my success with cochlear implants, I would not be attempting to go back to learning other communication methods and I would have never entered college.

And this is my rebirth.