Service, information, support: My journey from battling hearing loss to being a member of the Cochlear Family

Home » Living with a hearing solution » Cochlear services » Service, information, support: My journey from battling hearing loss to being a member of the Cochlear Family

Earlier this year, Gael Hannan, well-known hearing loss writer and advocate, took the leap of getting a cochlear implant. Gael shared the journey to her cochlear implant and choosing the CochlearTM Kanso® Sound Processor on HearingHealthMatters.org in the seven-part series, “Changing Cochleas” (see the series here). She shares more of her journey below:

Last week marked the five-month anniversary of being implanted with a new electronic cochlea. I think of my cochlear implant (CI) as an inner ear renovation – and the prospect was so exciting that I did two things in honor of this upcoming sensory do-over.

Then the real ride started. Over the ensuing weeks, I blogged my progress as a CI user in the “Changing Cochleas” series written for Cochlear and HearingHealthMatters.org.

#Hearingloss writer @gaelhannan thinks of her #cochlearimplant as an inner ear renovation.

This final article covers a few remaining thoughts on the service and support that I’ve received from Cochlear – which I expect will be an ongoing, crucial part of my life because this “reno” is permanent. No going back to right-side hearing aids.

At 10 days post activation, I had the honor of attending Cochlear Celebration in Orlando with my husband, aka the Hearing Husband. What a wonderful event! Conventions are expensive these days with the high cost of hotel, travel, food, etc., but Cochlear makes it as affordable as possible and invaluable to their customers’ CI success. I was so new to wearing my Kanso Sound Processor that whenever anyone asked how my CI was working out, my reply was an inarticulate, “Well, it sure is loud!” 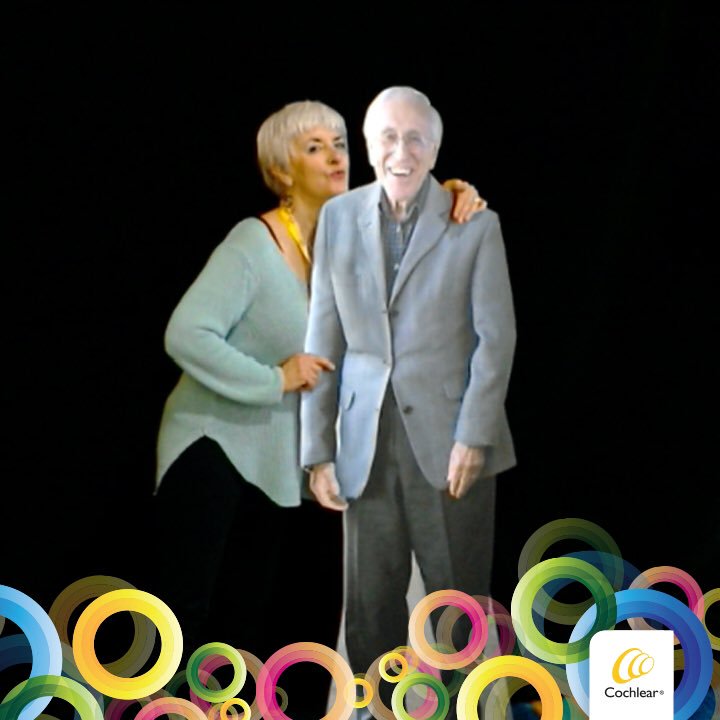 At Celebration I met fabulous people, ran into friends from the greater hearing loss world, and soaked up the enthusiasm vibrating from participants about Celebration’s workshops, information and social events. I can tell you that a five-minute conversation with an experienced CI user has more value and carries more lasting weight than a half hour pouring through the booklets provided to you at activation. They deliver to-the-point and from-the-heart advice like your family does – bluntly.

Cochlear stresses the value of “family” (which is a different thing than “family values”). It’s how I’ve always felt about the hearing loss community; with a group of like-minded people who have the same health issues, you are connected. These people share. They comfort. They help. They smooth your way over the rough spots. Other CI users might not love you just because you have a CI, but they’ll smile at you and chat, and given enough time together, you may come to love each other. That’s family.

Celebration was my reward for the months of waiting, the surgery, recovery, and the nervousness of activation. Since then, I’ve taken advantage of other Cochlear Family benefits that include personalized customer service and The Communication Corner aural rehab program. 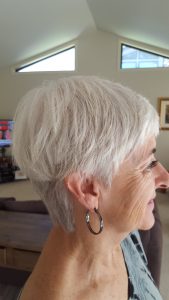 Because I am in the process of officially moving from one Canadian province (Ontario, where I had the CI surgery and subsequent mapping sessions) to another (British Columbia), I’m often not where I need to be for immediate face-to-face help. After three months of adapting well to my CI, for some reason I experienced the return of severe hyperacusis (where sounds are perceived to be uncomfortably, often unbearably, loud). At first, I thought that the problem lay with volume issues on my sound processor, and I had turned all scales (volume, sensitivity, universal volume) down to the lowest possible level. Still, everything was too loud, including my tinnitus.

My audiologist arranged for Cochlear to send me a new processor from Colorado; it arrived swiftly with my MAPs in place. My clinic was able to do this through the Cochlear Link program, a cloud-based service which connects a clinic and Cochlear’s Hear Always program to reduce the time a recipient may spend “off air” when a replacement processor is needed. While the new sound processor didn’t solve the problem (which appears to be an internal head sound issue for me), I was impressed at the speed of Cochlear’s attempts to troubleshoot my problem.

I’m grateful for Cochlear’s patience and commitment to help me. And I’ve learned that Cochlear doesn’t give up. I’ve also discovered that they have an amazing internet-based customer service system – a thing of beauty, run by geniuses.

After my CI surgery, I lived in Ontario for four months. My father was terminally ill and during the weeks when my sister and I took care of him, I was also able to attend several monthly mapping sessions at the nearby hospital. After my father passed away, I returned to British Columbia and almost immediately experienced a savage ramping up the tinnitus and hyperacusis that had quietened somewhat after the surgery. I needed help. And Cochlear helped me.

At a recent Canadian Hard of Hearing Association conference in Victoria, which was partially sponsored by Cochlear, I finally got to meet Paula Ferguson, the Clinical Territory Manager for Cochlear Canada.  She and her colleague, Dacy Zacharias, had facilitated my being fitted with a GN ReSound LiNX2™, a hearing aid that shares the same True WirelessTM technology as Cochlear’s latest Nucleus® Systems. While they couldn’t cure my head noise, they reiterated the benefits of using existing supports in the CI and hearing aid systems such as the Mini Microphone 2 and the LiNX built in tinnitus-soothing programs.

I also saw Paula in action; at the conference, she was “on call,” responding to requests for support from hospital audiologists and customers regarding CI questions. Here she was, in a small British Columbia seaside town – helping customers across the country, remotely. When my hyperacusis first returned, she had handled my inane emails (that went along the lines of my head is falling apart and nothing is working) with calming words and ideas.

At the end of the day, my CI is working well. I’m experiencing the beautiful sounds of speech and more bird sounds than I actually want to hear (are they always that noisy, or just in the spring?). And the CI will work even better when we work through this hyperacusis thing.

Cochlear stays in touch, constantly reminding me to practice, practice, practice. As a member of the Cochlear Family, I receive regular emails. These are not the same as the daily pest-mails filling my inbox with info on anything– ferry schedules, charities, a shoe store – which I simply delete because I’m too lazy to go through the “unsubscribe” process.

But I read the Cochlear emails because they have attention-grabbing headlines that mean something to me:

These are important things that I need to know and which simplify the almost overwhelming amount of information and devices that filled a large Cochlear backpack I received at switch-on. Box after box of little black things – all of them important – and their chargers, neck strings and…this is the big one…information booklets. Lots of them. Thick ones for the big picture down to the little foldout that you keep in your purse….

The Cochlear emails are little gifts that link me to a place of help and support. They remind me that if I want to hear better, I need to practice. They reassure me that there is hope, even for challenging situations such as mine.

If you’re considering a cochlear implant and want to connect with a Cochlear recipient to learn about their experiences, visit Cochlear.com/US/CochlearConnections.