Dave S. struggled with progressive hearing loss throughout his life. After his hearing aids were not enough and the daily struggle of hearing was getting to be too much, he learned he was a candidate for a cochlear implant. Eager to keep his job as a meteorologist and hear the sounds he had been missing, he got a cochlear implant and loves his journey so far:

“I can remember hearing everything when I was younger. I remember the way birds sang in the spring, the sound of leaves rustling in the wind and the sounds of insects on a warm summer night. I also remember when it all disappeared again and again. That is the exhausting problem with hereditary progressive hearing loss. You get your hearing aids adjusted only to have those sounds taken away until they can never come back.

It was my senior year of high school when my math teacher noticed a problem. She asked me if I was hearing her where I was sitting. I thought I was fine, but apparently, I was not. My mother took me to an audiologist near Scranton, and that is when it was discovered that I had a mild to moderate hearing loss and I got my first set of hearing aids.

Hearing loss in the family 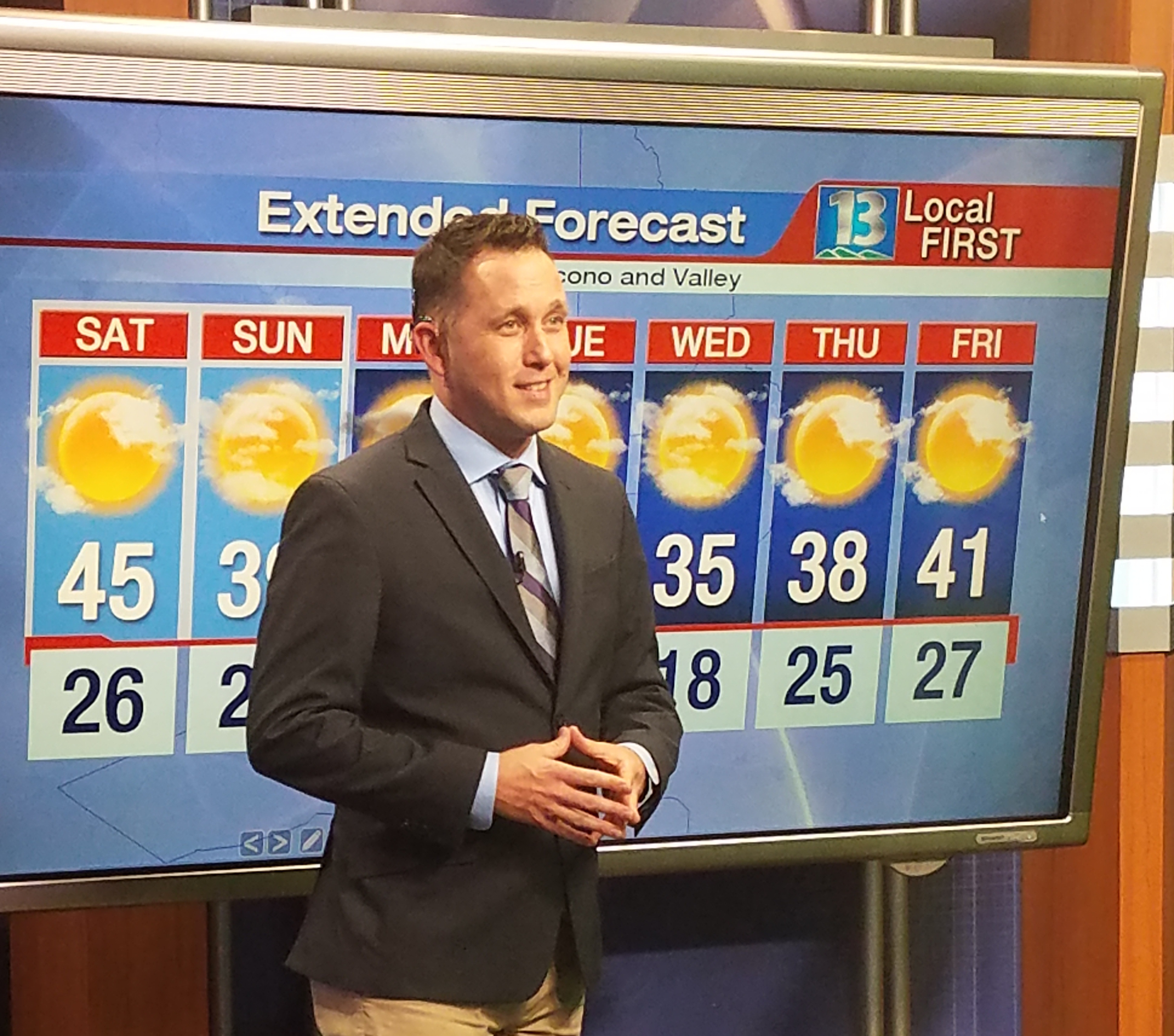 We thought it was not anything to get too worked up over. My dad had severe-to-profound hearing loss, but he claimed it was due to a tonsillectomy back in the 1940s. We just wrote off his hearing and slow speech as part of his ongoing cardiovascular issues/strokes etc. Little did we know that it was a familial issue.

While I was in college, I had a major drop in all of my frequencies across the board. My hearing aids provided some relief, but it was time for a new set. I had a gut feeling something else was going on, so I decided to change my major from music to communications. Between the age of 21 and 25, I had an additional 30 to 50 dB loss in all my frequencies from 1 kHz and above.

After graduating college, my hearing kept getting worse. I was going into my 30s with an audiogram looking like one of those building collapse videos where one side goes first and the other side hangs on. That was not for long though, as I had a 20 dB drop in my low frequencies and another 10 to 20 dB loss in the higher frequencies. That is what did me in. It may not seem significant, but I was really depending on those lower frequencies for speech understanding.

I was a social butterfly when I was younger, but my hearing loss turned me into a socially awkward guy. What was to be the prime of my life turned into a struggle just to keep up with every day communication.   It became mentally exhausting trying to listen to people all the time, and I would zone out during conversations very quickly.

I started relying on lip reading and body language and that too can make for some awkward moments. Some people honestly felt like I was analyzing them when I was just trying to get a feel for what was being said to me. I was getting so exhausted trying to keep up with the loss. I just wanted to give up on hearing aids until someone put the bug in my ear to look into a cochlear implant. I thought, ‘I’m not a candidate because I am not deaf.’ I was wrong. Candidacy requirements started to rise on the audiogram while my own audiometry was falling. In June 2018, they finally met and I was declared a candidate.

Deciding on a cochlear implant 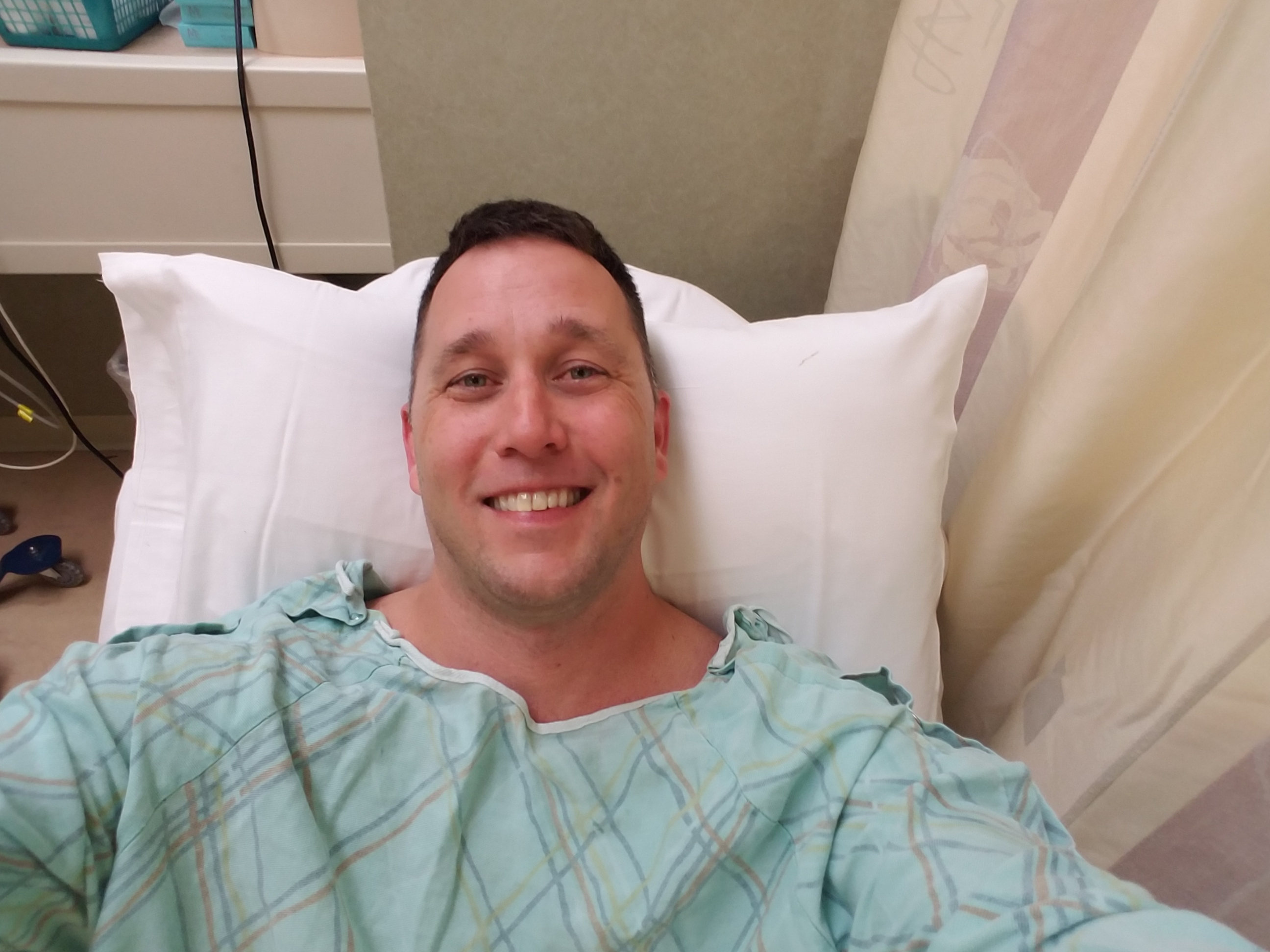 At the end of the day, the decision was up to me. I could have gone with another powerful set of hearing aids, but what would have been the point? I went through four or five sets already with countless appointments to get them cranked up. One more drop in my hearing and that would be it. I have my dream job as a broadcast meteorologist for BRC-13 News in the Poconos, but I did not want to jeopardize that or the amazing insurance I have that would cover this procedure.

I knew there was a chance that I was going to lose a lot of my residual hearing for this surgery, so I went into this thinking, ‘What do I have to lose that I’m not losing already?’  Guess what?  My three-week post-surgery follow up and hearing test showed that I kept most of my residual hearing.  Miracles do happen, and now I am fitted with the Cochlear™ Nucleus 7 Sound Processor with Hybrid™ Hearing1. It is not perfect, but it is definitely a work in progress.

Six months have passed since my activation and I love every minute of this new journey. I am hearing sounds of nature that I had forgotten about. My favorite thing to do these days is just sit outside and listen to the birds…It is like a high-frequency symphony. My Nucleus 7 Sound Processor with Hybrid Hearing has also improved my speech understanding. I scored a 95 percent with AzBio Sentences in a quiet room with my implanted ear alone.

One of the most exciting things I am looking forward to is having a sense of sound around water. I have had horrible experiences with hearing aids at beaches and pools, on boats or just hiking through water. That is all going to change! My backup processor will be used without the Hybrid component so I can utilize the Aqua+ kit2. I am looking forward to worry-free vacations and just getting out into nature more often!”

Is your progressive hearing loss starting to become overwhelming? It may be time to look into cochlear implants. Discover more today.