Nucleus 7 is here: The world’s first Made for iPhone cochlear implant sound processor

Home » Hear Now » In The News » Nucleus 7 is here: The world’s first Made for iPhone cochlear implant sound processor

The Nucleus 7 Sound Processor is the world’s first Made for iPhone cochlear implant sound processor to allow users to stream sound from iPhone®, iPad® and iPod touch® directly to their sound processor, offering greater accessibility, connectivity and wireless solutions. 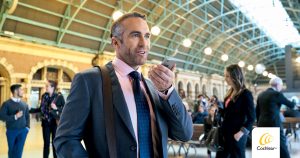 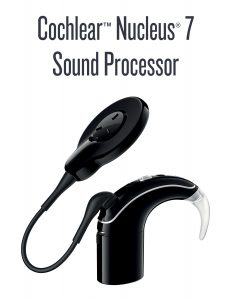 With the Nucleus 7 Sound Processor, people with a Cochlear Nucleus Implant can now stream sound directly from a compatible iPhone, iPad and iPod touch directly to their sound processor.4,5* They will also be able to control, monitor and customize their hearing on their iPhone or iPod touch through the Nucleus® Smart App available to download for free from the App Store®.

There are 360 million people living with disabling hearing loss worldwide, and this figure is set to more than triple to 1.2 billion by 2050.6,7 According to the World Health Organization, there are approximately 72 million people who could potentially benefit from the use of a hearing device including a cochlear implant or hearing aid.8

Chris Smith, Cochlear Chief Executive Officer and President, welcomes the FDA approval of the Nucleus 7 Sound Processor, explaining that Cochlear is proud to give people with moderate to profound hearing loss access to mobile technology like never before.

“The approval of the Nucleus 7 Sound Processor is a turning point for people with hearing loss, opening the door for them to make phone calls, listen to music in high-quality stereo sound, watch videos and have FaceTime® calls streamed directly to their cochlear implant,” explains Smith. “This new sound processor builds on our long-standing commitment to help more people with hearing loss connect with others and live a full life.” 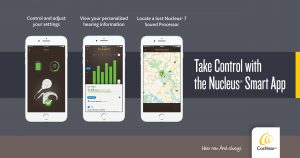 The Nucleus 7 Sound Processor offers a range of features with the Nucleus Smart App, exclusively available for iPhone and iPod touch on the App Store. The new Hearing Tracker feature records coil-offs time (each time the sound processor coil does not detect the implant coil, such as if it has fallen off a child’s head) and time in speech (which measures the amount of time spent in speech environments in hours, including FM and streaming).5 The Find My Processor feature of the Nucleus Smart App helps locate a lost sound processor by using Location Services to determine the last place the sound processor was connected to the paired iPhone or iPod touch, whether it has been lost on the playground, in the house or in the car.

To read the full press release on the Nucleus 7 Sound Processor, click here.

©2017. Apple, the Apple logo, iPhone, iPad, iPod touch and FaceTime are trademarks of Apple Inc., registered in the U.S. and other countries. App Store is a service mark of Apple Inc.