From a hearing aid to a cochlear implant, Taryn is now thriving as a young professional

After being diagnosed with hearing loss at a young age, Taryn first wore hearing aids before being implanted with a Cochlear™ Nucleus® Implant at age 13. Come along with Taryn as she details her hearing journey.

“My name is Taryn, and I am 31 years old. I will begin my story by saying how fortunate and blessed I was to be born in an era where the technology for the cochlear implant existed.

Learning to live as a child with hearing aids 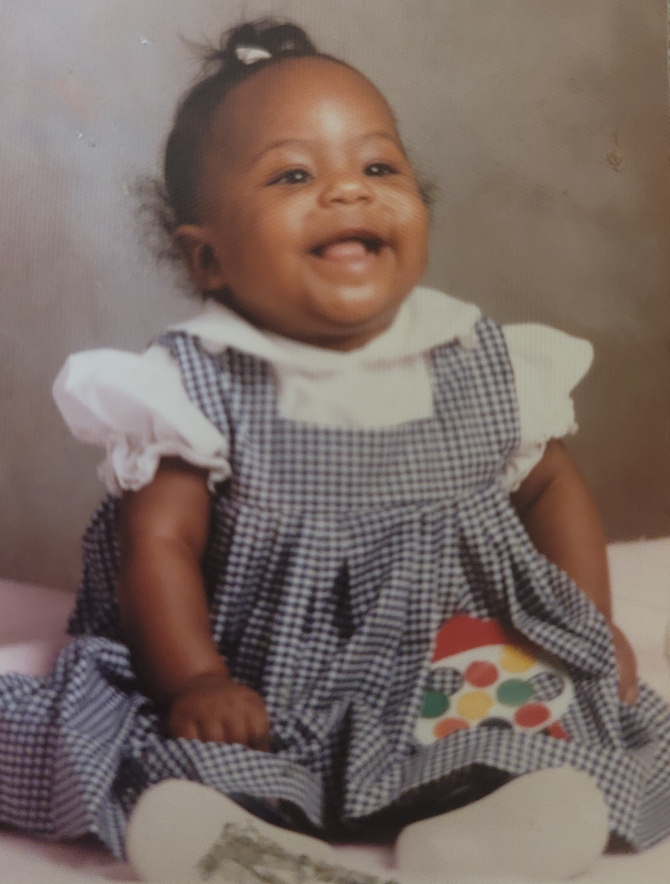 My journey to getting my cochlear implant began when I was 4 years old. My parents noticed my speech wasn’t where it should be for my age. Through auditory testing, it was discovered that I had a profound to severe sensorineural hearing loss in my right ear and mild to moderate sensorineural hearing loss in my left. This was devastating news to my parents because there is no family history of hearing loss. I received my first hearing aid for my left ear but not my right, as the hearing loss was too severe. I adjusted well to it. When I got my hearing aid, I had to go into rehabilitation to train my ear to listen with an aid. I also had to have speech therapy. That was a big part of my life growing up: therapy, going for checkups to make sure I was hearing okay and getting my hearing aid checked to make sure it was functioning properly.

It was our new normal and we grew accustomed to it. Like most kids, I went out to play every day with neighborhood friends. My friends and cousins treated me like normal knowing my situation and I feel so blessed that it didn’t faze them. Clinical and medical support from my audiology team I had at that time enabled me to do well in school and participate in things that kids do. The interesting thing as a child who is hard of hearing is that it taught me the task of responsibility earlyon because I always had to make sure I kept up with my hearing aid and didn’t break it. It taught me how to adapt in life; whatever comes, you just go with it.

From a hearing aid to a cochlear implant 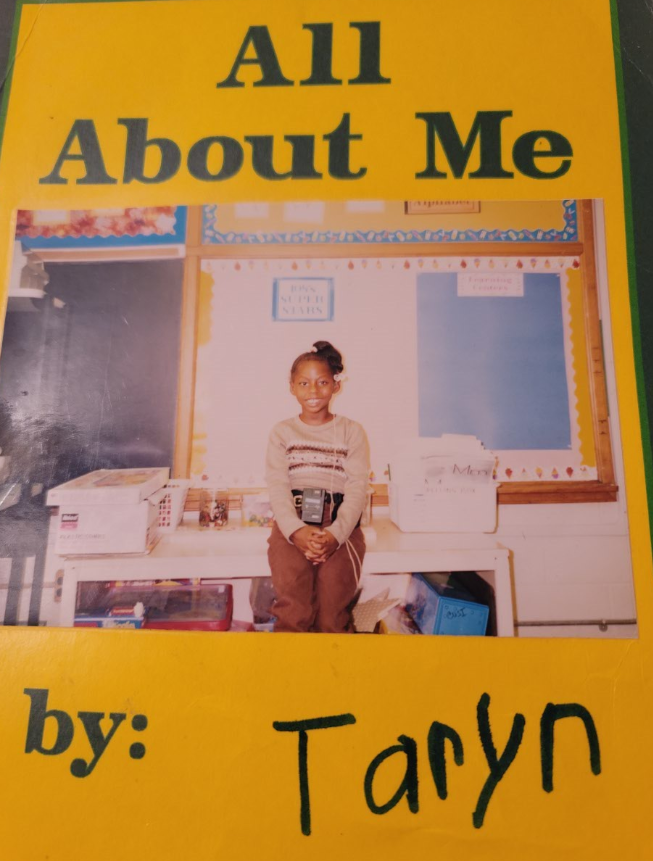 Moving forward to my teen years, at 13 years old, my hearing took a turn for the worse. My parents and I received devasting news that I was going deaf in my functioning left ear with my hearing aid. They explained that my hearing would get progressively worse until it was gone. My parents and I were faced with 2 options: learn sign language and enter the deaf community or get a cochlear implant.  Since I had spent all my life hearing through my hearing aid, entering a whole new world of not hearing wasn’t what my parents or I wanted. This was excruciatingly difficult news for my parents because I had such a normal life and now, we would have to start over again not knowing what was ahead.

My parents agonized over the decision to let me have the surgery. Finally, after much prayer, talking with a team of people involved with the process and the surgeon that would do the surgery, my parents consented. My mom told me what eventually won her over was her conversation with the doctor that would be doing the surgery.

Adjusting to my cochlear implant 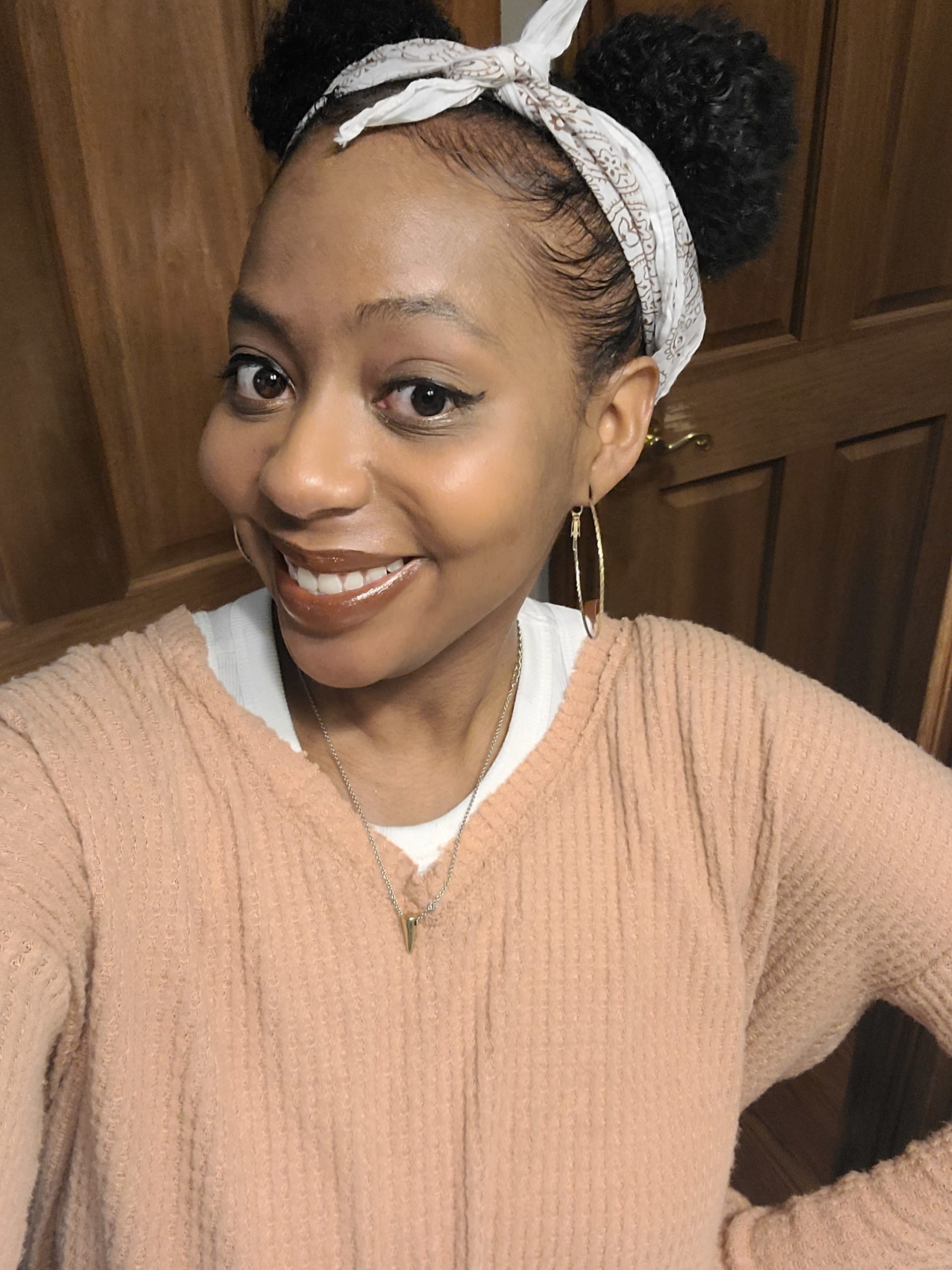 I got my cochlear implant in August of 2003, when I was 13, and was activated in September. The recovery time was smooth, I had no problems. Activation day for my cochlear implant was exciting for me! When they programmed it and turned it on for the first time, it was not what I was expecting obviously because I was so used to my hearing aid. It was underwhelming. It’s so hard to describe what it sounded like when it first turned on. The words I could use are strange and weird like I was in this digital computer world with robotic voices. It’s like I was in this technical world. My audiologists explained that it’s perfectly normal that it sounds weird like that, but it will start to sound normal. It did go away and started to sound fine!

My first sound processor was the Nucleus ESPrit 3G system and I did well with it. It was interesting hearing in a clearer way with my cochlear implant. I started to hear things from a distance and even outside the window at home, like crickets chirping and cars coming by. The toilet even scared me one time with how loud it was when it flushed.

A cochlear implant is very different from a hearing aid. The hearing aid amplifies the sounds coming through, so if the sound is distorted it just amplifies the distortion, whereas my cochlear implant gives me a clearer sound. The transition with my cochlear implant was very smooth; I recovered and did so well that I became like a poster child at my local hospital for the cochlear implant. Because I was doing so well, I was invited to an event where I met Miss America Heather Whitestone. Speaking with her and getting her autograph was awesome because that showed me that I can do anything I want, being deaf like her. I will never forget meeting her; she was pretty and had such a gentle and sweet spirit.

Navigating school and my career

Although I did exceptionally well with my cochlear implant, there were challenges in being a teenager with a hearing impairment. Teen years are awkward in the best of circumstances so having a hearing device made it harder for me. It was hard for me to fit in, but I did manage to make a few friends while I was in school. I am so grateful that I had support from my family and friends. I didn’t let my negative experiences and being hearing impaired hold me back from doing the things that I wanted to do. In my high school years, I was timid and shy, but I pushed myself to get involved in extracurriculars such as playing tennis, acting and dancing. Acting and dancing allowed me to express myself and to step out of the shy girl that I was. I even went to prom and homecoming, which was a big deal because that was something I thought I wouldn’t do.

After high school, I went on to college in 2009. I attended a college that was smaller and disability friendly. I was able to use CPRINT Captioning which helped me immensely to keep up in class. It was a lot, but I did it. I was in college 7 years due to changing my major 3 times and I ended up graduating in 2016 with my Bachelor’s in Sociology and minor in Social Justice Studies. Fast forward to now, I have a job in the government sector and still like to dance as a hobby, doing dance covers on my YouTube channel called Taryn’s dance covers.

It has been quite a journey for me to get where I am today. I would not have gotten where I am if it wasn’t for the support that I have from family, friends, and my audiologist. It’s also having faith in God! I now see my hearing impairment as a superpower that helped in shaping me to be the strong, confident person that I am today. I love my current Cochlear sound processor that I have now, the Cochlear Kanso® 2 Sound Processor. It works great for being a discreet, off the ear option and comes with great accessories such as a Mini Microphone that you can take anywhere with you. I’m doing great as a cochlear implant recipient and wouldn’t have it another way. So grateful for this amazing device and thank you Cochlear for allowing me to share my story!”

Are you interested in transitioning from hearing aids to cochlear implants, like Taryn? Learn more about the Cochlear Kanso 2 Sound Processor today.