The U.S. Department of Veterans Affairs reports hearing loss is “by far the most prevalent service-connected disability among American Veterans.”

In honor of Veterans Day, we share the story of Eric K., an Army Veteran whose life was changed forever in the wake of an injury he sustained while serving. Years later, an audiologist pointed him toward cochlear implants as a hearing solution that could help when hearing aids couldn’t anymore. Now with bilateral Nucleus® 6 Sound Processors on his side, Eric stays connected to the people he loves the most – his wife and son.

“I was wounded while on patrol in Iraq. It was August 31, 2005, and a shot from a sniper changed my entire life. However, that shot, which entered the right side of my head near my upper jaw and exited on the left, did not end my life. It marked the beginning of an unexpected new chapter.

I woke up about a week later in the hospital and quickly came to understand that I had hearing loss. I remember doctors coming into my room and trying to speak to me, but everything was dull and muffled. I had to use headphones to hear what was on TV and I ended up using an eraser board to communicate. Shortly after that, I was fitted with hearing aids and ear tubes, and that was how I managed my hearing loss for years.

It wasn’t until a severe infection caused more significant loss in my right ear, forcing my doctors to remove a number of bones, that I learned about cochlear implants as an option. I was experiencing greater loss in my left ear as well as my right, so my audiologist advised me to look more seriously into cochlear implants.

In June 2012, I received my first of what would be two Cochlear Implants and started with the Nucleus® 6 Sound Processor. I only had total hearing loss in my right ear for a brief time, but it was great to have it restored. It seemed like a very simple transition back to the level of hearing I was comfortable with after that first cochlear implant. The second implant, which I received in November 2016, has been a bit more of an adjustment. I struggled with my left ear when I was using hearing aids, so this transition hasn’t been quite as seamless, but it has been wonderful to hear my wife and son better.

Bilateral #CochlearImplants bring the sounds of home back for a #Veteran. 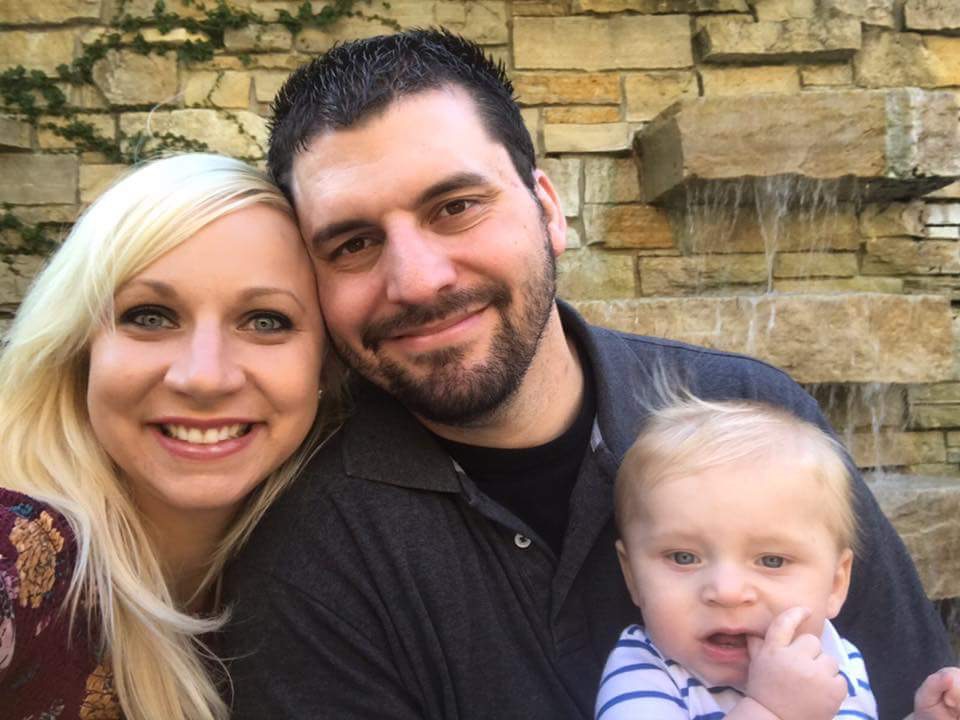 My wife has been a champion for me throughout this journey. She’s been endlessly patient and never fails to help me when she can. I love that my Cochlear Implants help me help her with our son. Even at night when I can’t hear him, I can trust the device I clip to my shorts to vibrate and let me know when he needs me. But it’s the time we spend together that I’m most grateful for. Just the other day, I took them out to the apple orchard, and it was really nice to be able to hear and communicate with them during our day together.

It’s those everyday experiences that have been most improved for me. I love that I can communicate with my family, friends and coworkers more effectively now. After my injury, I was medically discharged from the Army, and I’ve since moved into a career in loss prevention. I really enjoy the work, and my Cochlear Implants have helped me stay on top of everything, whether I’m interacting with customers or coworkers.

My Cochlear Implants made a difference in many little ways, and that’s what I always share with other Veterans I know who have hearing loss. When I’m not with my family or at work, I like to spend time at the VA, and I often meet other Veterans who have experienced hearing loss in the line of duty. They always end up asking me about my Cochlear Implants, and I always have the same advice: If your hearing aids aren’t working so well, look into it. I’m sure there is more growth to come, but even now the Cochlear Implants and accessories make it easier. It’s simply great to be able to hear in the workplace and especially in the home.”

If you’re struggling to hear your best in hearing aids and want information on cochlear implants, visit Cochlear.com/US/CochlearImplants.