Veterans and Online Mentors Continue to Serve Others

As part of our series celebrating Veterans Day, we asked two of our online mentors about their years of service to our country, their hearing loss experience, and their continuing service to others as Cochlear volunteers.

This Veterans Day, meet Donald Dwight J., from Colorado Springs, CO and Stephen H. of Hastings, MI. These veterans are examples of dedication, support, and service to our country and they continue to provide a service to those in need in their roles as Cochlear volunteers. 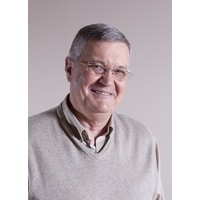 Can you share a little with us about your time in the military?

I served in the Air Force and was a Services Squadron Commander. I had the great honor of being a Squadron Commander five times and once in a deployed location. A Services Squadron Commander is equal to a CEO of a resort. I was responsible for the feeding, lodging, educating, recreation, child development, golf, fitness, hobbies shops, bowling, and mortuary. I have closed a base and opened a new base, but my proudest assignment was as the Department Head of Services at the Air Force Institute of Technology in Dayton, Ohio, where we educated people on many different subjects that they needed to know in order to be successful in the services. My proudest personal moment was commissioning my son into the Air Force and then getting to promote him to Major. He is now teaching History at the U.S. Air Force Academy.

I have been the Executive Director of USA Table Tennis for the United States Olympic Committee, and have taught Speech/Drama and Character in a charter high school. I ended my career being the Director of Arnold Hall Student Center at the U.S. Air Force Academy. I have written a book called “The Ethical Coach Leader: Developing Honor and Integrity.” I’ve also written a one-man one-act play called “An Evening with Martin Luther” and am presently researching and writing a one-man one-act play called “Letters From John Hus.”

As a Cochlear Baha recipient, Dwight knows firsthand the importance of hearing loss prevention, and how life changing it can be to find the right hearing solution for people experiencing gradual, or even sudden, hearing loss. 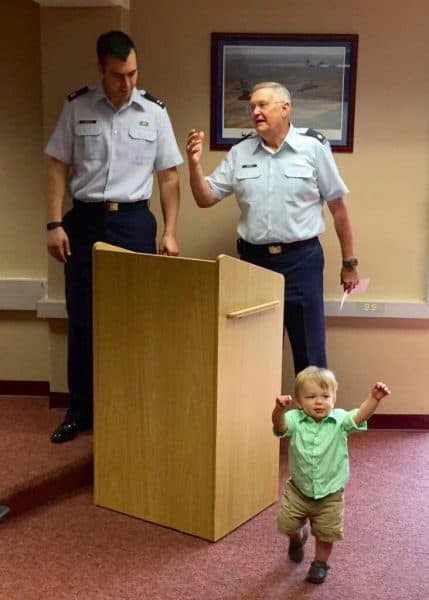 Is there one particular message you convey when speaking to someone who may be considering a Baha implant?

I was diagnosed with Meniere’s disease in 1998. In 2012 I had a mastoidectomy and lost hearing in my right ear. It was then that I was introduced to the Cochlear Baha and learned I was a candidate.

My message is “don’t be scared about the process, and trust the doctors and audiologists because they have your best interests in mind.”

What’s the one thing you missed most prior to getting your Cochlear Baha implant, but have now gained back since becoming a Cochlear Baha recipient?

What does being a Cochlear volunteer mean to you?

Being a Cochlear volunteer allows me to give back to the community and help others to hear again, or for the first time. I want to let others know that they are not alone in this venture, and that they can call or email anytime to get their questions answered or relieve themselves of the fear that can come up with surgery. 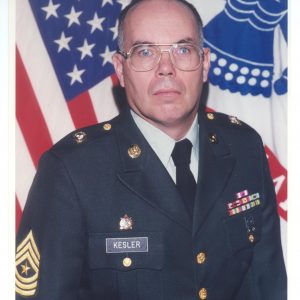 Can you share a little with us about your time in the military?

I was in the Army for 26 and a half years. When I went into the Army, I started out as a vehicle mechanic in a motorized artillery unit. After attending another mechanical maintenance school, I was selected for an assignment at the United States Military Academy at West Point, NY, for an enlisted position in an academic department. I worked in the automotive equipment labs.

Our next assignment (myself and my family) was in West Germany in a maintenance unit, where I did equipment fault diagnosis and repair quality control. Then we went back to West Point for a supervisory role of other enlisted personnel. After that, we went back to Germany and I transitioned into military logistics and support roles. We then headed to Texas, where I went through a senior enlisted advisor school with a follow up assignment to Fort Hood in Logistics Support Command, where I was promoted to Sergeant Major. After one more assignment in Germany, we then headed back to Texas where I was assigned to an Army Maintenance Depot as the senior enlisted advisor. I retired after my time in Texas.

After a year of military retirement, I went back to work for a Department of Defense organization that is responsible for maintaining the Federal Cataloging System. Iworked there another 15 years before I retired for the last time. We do some traveling where we meet up with our daughter, son-in-law and grandkids. 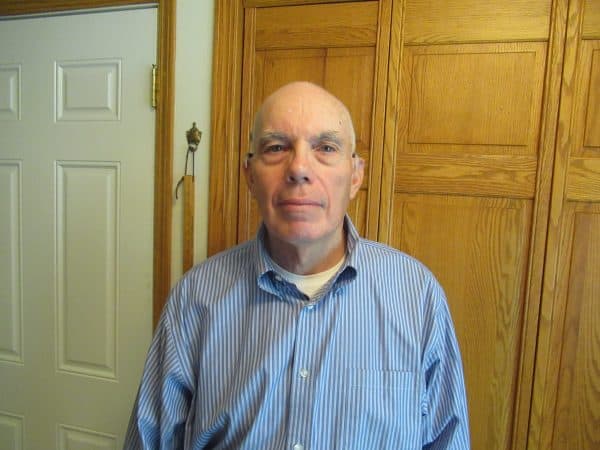 Is there one particular message you convey when speaking to someone who may be considering a Cochlear implant?

Having worked around motorized artillery for over 26 years and being exposed to extreme environments, over time this took its toll on my hearing. I was fitted for my first Army-issued hearing aids in 1991 while stationed in Germany. The hearing aids helped with sound but did nothing for the tinnitus I had developed in both ears. Over the next several years I received more powerful hearing aids as my hearing loss progressed. Receiving my first Cochlear implant in 2007 and my second implant in 2009 at the Ann Arbor VA has been a life-changing event—not only for me—but for my family and those I communicate with.

What’s the one thing you missed most prior to getting your Cochlear implant, but have now gained back since becoming a Cochlear recipient?

Being able communicate with people. As my hearing got worse, it became more of a struggle for family and friends to talk to me. As a result, I was being shut out of conversations with people around me and excluded from things.

“Since receiving my cochlear implants that sense of connection has returned.”

What does being a Cochlear volunteer mean to you?

It gives me a great satisfaction to help others in their quest to see if a cochlear implant is right for them. Being able to work with prospective candidates allows me to pay it forward for all the wonderful care I have received from the VA.

If you or a loved one would like to connect with Dwight or Stephen, or any of our other online volunteer mentors, please visit Cochlear Connections.

Need help finding a hearing specialist near you? Click on “Contact a Hearing Specialist” to see locations near you.