Deaf Firefighter and Emergency Medical Technician, Matt, has achieved his childhood dream to serve his community and show the world that “there is ability with a cochlear implant.” But first, Matt had to shift his dependency on using sign language to verbal communication to meet the challenges and dangers of an ever-changing environment on the job.

He wanted to be a firefighter since he was a teenager

Inspired by family members serving in the US Navy, Marines and Fire Rescue, a teenage Matt dreamt of becoming a firefighter. It didn’t matter that he had been deaf since birth and fitted with a cochlear implant at age 2. With sign language as his primary means of communication at home and school, Matt realized that he needed to be able to hear well and use his voice to achieve this ambition.

Throughout middle school Matt primarily relied on signing. It wasn’t until graduating high school that Matt realized to work as an emergency first responder, he needed to consistently use his cochlear implant to hear and learn to communicate verbally. 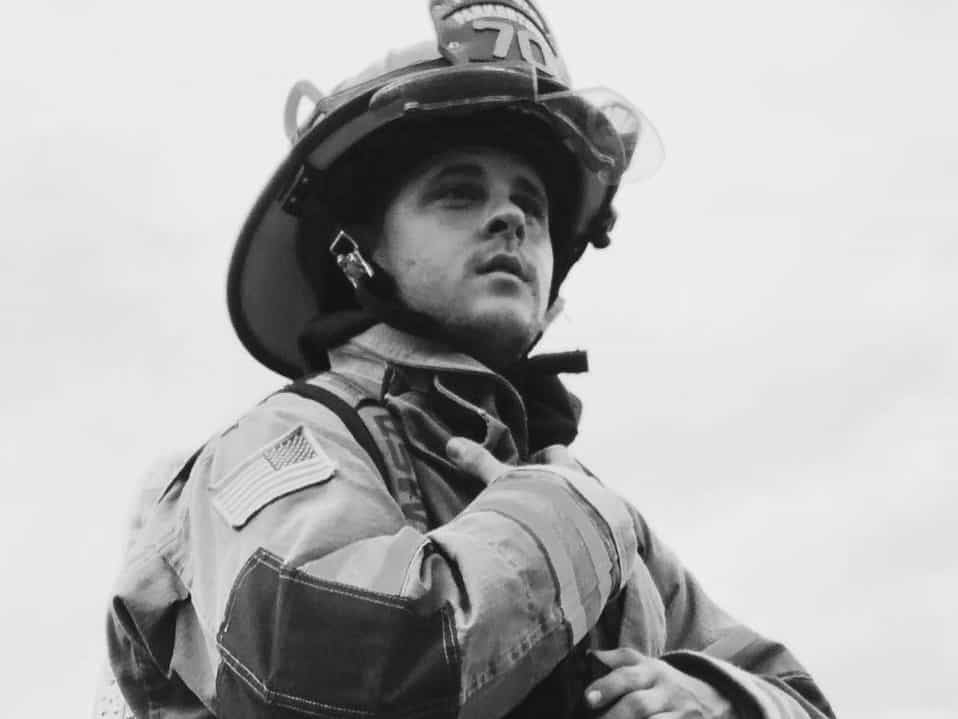 “I knew when I got out there and faced the reality, I needed to understand what was going on around me,” says Matt. Now as a state certified firefighter and Emergency Medical Technician (EMT), Matt relies on hearing with his cochlear implant each time he is called out to an emergency incident.

“It can be very dangerous not being able to hear what is really going on – what is behind me – and putting another first responder at risk,” says Matt. “My cochlear implant helps me to hear what is going on and to communicate through radios, co-workers and patients so that I can understand the situation on the field.”

Building trust and the importance of the sound processor

Upgrading his CochlearTM Freedom® Sound Processor to the Nucleus® 6 Sound Processor has helped Matt to more clearly hear what people are saying behind him and he can change his program to suit the environment while on the job. There have been adjustments to make and lessons learned when doing training exercises and fighting fires.

One day Matt forgot to check that his sound processor battery was fully charged before his shift. Without the benefit of hearing with the cochlear implant, ‘I had to use my eyes and hand signals to communicate with my crew,’ says Matt, who now makes sure he checks his battery status and carries an extra battery.

Building trust with his colleagues has taken time and Matt is grateful to other emergency workers who are helping to bring down the barriers for people with a disability. Connecting via social media with other first responders with hearing loss and sharing their stories has encouraged Matt “to stand and fight through the discrimination and doubt.” Matt has proven he is more than up for the hard physical and mental tasks. At a fundraising event to commemorate fallen comrades in the 9/11 terrorist attacks on New York City, Matt scaled the 80-story One World Trade Center carrying more than 100lb of equipment.

“It inspired me to see all the firefighters from all over the world who came together to honor the firefighters who perished in the towers that day,” says Matt, who then went on to better this feat by proposing to his girlfriend on the top floor of the building, cheered on by his colleagues.

Advocate for your needs

Matt is passionate about encouraging young people with hearing loss to advocate for their needs and strive to achieve their goals for the future. Traveling to several states in the US as a motivational speaker, Matt talks to children and teens about his own hearing journey as well as giving advice on fire safety. Thinking back to his own school days, Matt encourages kids to “simply ignore the bully, stand strong and be proud of your identity.”

“There are many amazing opportunities out there,” says Matt. “If you are dreaming something that you desire to be, get up from the chair, pull up your sleeves and get to work! Aim your goal high, fight for your dream, and I guarantee that you will get a great outcome.”